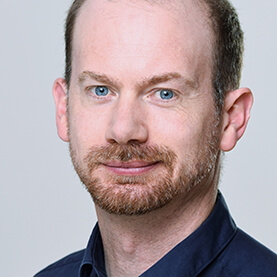 I studied Eastern European Studies, Southeastern and Eastern European History and Hungarian Studies in Berlin, Budapest and Paris. More than 25 years ago I started at the Hungarian Cultural Institute in Berlin. Later on I worked in Pécs through the Robert Bosch Foundation, where I promoted Hungarian-German cultural relations as a cultural manager. Upon returning to Germany I became a project manager at the German Federation of Foundations in Berlin. In the last 10 years I have been working specifically for German community foundations in various areas, also internationally. Since 2016, I am running a federal project that supports community foundations and other member organizations in their work on integrating refugees via volunteer mentoring.

Meanwhile, in 2014 I was among the founders of the German Comics Association, in which I am a member of the Board of Trustees. The Association aims to present the diversity and different forms of the comic strip, and is the lobby organisation for its application in Germany.

Since I have lived in Hungary for a total of 5 years and have been working in the German community foundation sector for over ten years, it is a great pleasure for me to offer my experience in this dynamic Hungarian civil society field, together with the talented and sympathetic team of the Roots and Wings Foundation..