The Pécs Community Foundation (PCF) has launched a program to support healthcare workers, “incidentally” saving some jobs and providing a market for local producers. They care about elderly people living alone and expect the role of local communities to increase as the epidemic ends.

At the initiative of the Pécs Community Foundation, a place called Breakfast cooks food – initially 50 servings – for healthcare workers. The organisation’s response to the coronavirus crisis is very complex: the ingredients come from local producers, while the restaurant can provide work for some of its employees – so the “side effects” are also significant. According to Csilla Parag, the director of the foundation, the idea comes from Dávid Felcser, one of Breakfast’s owners, member of the foundation’s board of trustees. The initiative is a sustainable one: the foundation finances it with HUF 1 million from its own budget. The extraordinary support of HUF 1 million received from the Roots and Wings Foundation is also intended to be used for this purpose.

In addition, the foundation, in cooperation with the Pécs Bike Mafia, is launching a crisis support program called “Chow Commando” to help elderly people living alone. Thanks to the financial support received so far, 15 households will initially be provided with a durable food package for 1 month, delivered to those in need by Bike Mafia’s cyclists. The program started with the support of the community foundation and the Pécs Bike Mafia (they gave HUF 100.000 each); according to Csilla Parag, the PCF is launching an online campaign and fundraiser for additional resources.

In addition to inventing and coordinating complex actions and collaborations, they naturally are also thinking a lot about what the world and Pécs will be like after the epidemic. Sociologist László Tistyán, founder of the Pécs Community Foundation talked about this in an interview for the newspaper Pécs Today. The following is a quote from the conversation:

“According to the sociologist, one of the main lessons from the global shock caused by the coronavirus is that our civilisation, our society, is extremely fragile. If nothing else, we need to rethink our sense of security, the conditions for it, and draw at least the minimum conclusions. As he notes, he is not confident that we will spend more on health care in the future, or that, for example, our consumption and travel culture will change significantly. Nevertheless, something that will probably stay with everybody is that “all this” may end atany moment. Of course, living in constant danger and risk is not a viable option for a society. We need something to hold onto. And that something can be communities and solidarity in particular.

“It’s important to know that if there’s great trouble, you can count on someone. And it’snot necessarily the state. Neighbours, friends, communities are much closer. If these relations work differently, then we can approach the risks differently as well,” László Tistyán noted.

The Ferencváros Community Foundation is not idle either; We spoke to director Era Barna about what they are doing in the 9th District of Budapest.

Mureş Community Foundation fundraises for protective masks and prepares to rescue NGOs. A conversation with Sándor Gál, the head of the foundation.

Here you can read about how the Odorheiu Secuiesc Community Foundation gives money and perspective to the local community in the current emergency situation. 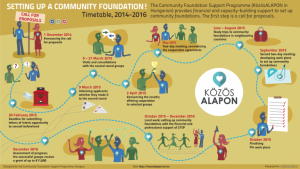 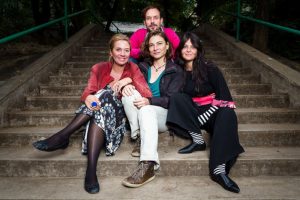 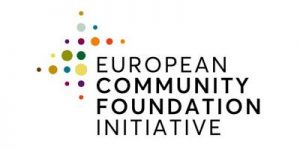 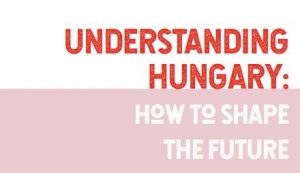